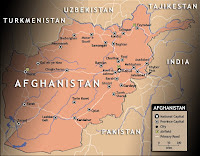 RALEIGH , N.C. - Two Marine Corps officers whose unit was accused of killing up to 19Afghan civilians in 2007 will not face criminal charges, the corps said Friday.

The Marines said Lt. Gen. Samuel Helland, the commander of U.S. Marine Corps Forces, Central Command, made the decision not to bring charges after reviewing the findings of a special tribunal that heard more than three weeks of testimony in January at Camp Lejuene.

The tribunal investigated allegations that as many as 19 Afghan civilians died when a unit of Marines special operations troops opened fire after a car bomb targeted their convoy in March 2007 in Nangahar Province.

The Marines said Helland determined the Marines in the convoy “acted appropriately and in accordance with the rules of engagement and tactics, techniques and procedures in place at the time in response to a complex attack.”

It was the first time in more than 50 years the Marines empanelled a Court of Inquiry. The panel, comprised of two Marine Corps colonels and a lieutenant colonel, only considered the actions of the company’s commander, 38-year-old Maj. Fred C. Galvin of the Kansas City area, and a platoon leader, Capt. Vincent J. Noble, 29, of Philadelphia.

“Obviously, I am delighted about the findings,” said civilian attorney Knox Nunnally, who represented Noble before the Court of Inquiry. “From a legal standpoint, it was overwhelming that this was going to be the result.”

'Issues' related to incident uncovered
The Marines, however, said “administrative, manning and training issues” related to the incident were uncovered by the court’s investigation. Those unspecified issues have been forwarded to the commander of the Marine Corps’s special operations command for action.

The Corps also said Galvin, Noble and a third officer — Capt. Robert Olsen — will face administrative actions. It was not immediately clear what those actions might be.

Citing witness accounts, Afghanistan’s Independent Human Rights Commission concluded the Marines fired indiscriminately at vehicles and pedestrians in six different locations on a 10-mile stretch of road. Nearly a dozen Marines told the court they heard gunfire after the bombing and called the unit’s fire a disciplined response to a well-planned ambush.

Galvin and several other Marines were sent back to Camp Lejeune after the shooting. The rest of the unit was ordered to leave Afghanistan and returned to the ships of the 26th Marine Expeditionary Unit in the Persian Gulf.

An Army investigation later concluded that 50 people were injured and 19 were killed. The brigade commander in charge of regular forces in the province publicly apologized for the shootings, saying he was ashamed of what had happened.

But a week later, Marine Corps commandant Gen. James T. Conway said the Army officer shouldn’t have apologized because an investigation into what occurred was still ongoing. Nunnally has said he believes three to five people died and less than 19 were injured.

“This is a concurrence that all the Marines on the patrol did the right thing,” said Galvin’s civilian lawyer, Mark Waple.
Posted by Andrew Lubin at 5:48 PM