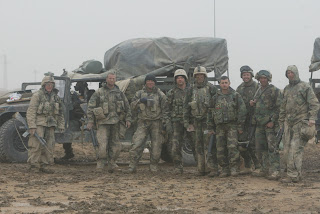 Kandahar, Afghanistan. They call it a “Dignified Transfer,” which is Pentagon-ese for bringing home the body of one of our young men.

Two days ago I flew here from Camp Bastion on a cargo flight. The plane was virtually empty; five passengers and me, the small Air Force crew, and covered by an American flag, the remains of one of our troops killed in Helmand Province. The military’s goal is to bring our dead back home within 48 hours, and this was the first leg of such a journey.

While I know his identity and how he died, those details, and whether he is Marine or Army, is immaterial here. I didn’t know him personally, but after 10 embeds, I’ve met hundreds of young men like him; under 25, proud of his unit, usually a couple of tattoo’s, enthusiastic, friendly, will share his last bottle of water with you, and wants me to tell the American public that ‘we’re doing some good things here.”

Usually flights into Kandahar or Bagram are lively as the troops and private contractors are heading home; people are reading paperbacks, listening to their IPods, or trying to talk. But not today; the only sound was that of the plane’s engines as most of our group had their heads down and I watched one of the Air Force crew adjust the flag over the young man.

I couldn’t take my eyes off the flag. Unlike 99% of the media who cover the war, I’m not a detached observer; my son is active-service, with multiple deployments under his belt and another coming up, and I know too many Marines in this age group not to be affected by this young man’s sad trip home. I imagined my son or one of his friends coming home the same way, and I wondered, as do many of us parents of deployed sons, how I’d react if they came and knocked on my front door.

After we landed, our plane came to a halt in a corner of the airfield, away from the daily bustle of troops, contractors, and cargo pallets, and the rear of the plane opened to reveal a small honor guard of Marines- Army – Air Force assembled to ready him for his final flight home. As our small group prepared to walk off the plane through a forward hatch, a Marine Chief Warrant Officer and I lagged behind to pay our respects to the young man; the Gunner removing his Kevlar and me, a non-practicing Roman Catholic, doing a sign of the cross before the Air Force crew gently pushed us to depart.

I wanted to stay and watch the ceremony, but with one of the crew shaking his head, I grabbed my bag and hurried to catch up to our group. Walking to the terminal all I could think about was how fiercely proud I hope his family is of him. Oh young man, you’ll be missed.