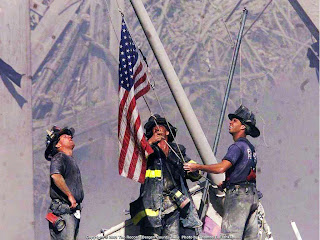 Pascagoula, Miss.: A ceremony steeped in shipbuilding tradition kicked off major construction Friday on a U.S. Navy assault vessel named in honor of United Airlines Flight 93, which crashed during the Sept. 11, 2001, terrorist attacks.

At the Northrop Grumman Corp. shipyard, the keel of the Somerset - named for the Pennsylvania county where Flight 93 went down, killing all 40 passengers and crew members - was authenticated by the ship's sponsor, Mary Joe Myers, the wife of retired Air Force Gen. Richard Myers, a former chairman of the Joint Chiefs of Staff."Out of tragedy, we can now turn our focus to a tribute to those brave men and women of Flight 93," Myers said. The ship will "take the power and courage of the United States to the four corners of the world."

Myers initialed a plaque stating the keel-the ship's basic foundation- has been "truly and fairly laid." Afterwards, Northrop Grumman welder Lanford Bridges cut the initials into the plaque with a torch.The $1.2 billion vessel is expected to be delivered to the Navy in 2012.

The Somerset is 684 feet long, is serviced by a crew of 350 sailors and can carry up to 800 Marines into assault operations. It has a flight deck that can handle helicopters and the MV-22 Osprey tilt-rotor aircraft. Flight 93 had left Newark, N.J., for San Francisco when four terrorists commandeered the cockpit. "We continue to inspired by the selfless courage of those on Flight 93," said Gordon Felt, who has worked at the Avondale yard for 19 years and lost a brother, Edward, in the crash. Felt is president of Families of Flight 93.The ship is a San Antonio-class amphibious dock vessel.
Posted by Andrew Lubin at 3:45 PM