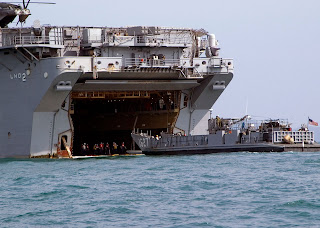 The United States has struck an agreement with the Cuban government to send medical evacuation flights with victims from the Haiti earthquake through restricted Cuban airspace, an official said, reducing the flight time to Miami by 90 minutes.

Tommy Vietor, a White House spokesman, said an agreement was reached with the Cuban military for evacuation flights from the United States Naval Station in Guantanamo Bay to pass through the airspace over Cuba on their way to Florida.

It was unclear, he said, how many flights could be effected by the new protocols.

An arrangement already exists between the United States and Cuba, where air space can be violated for medical flights to save time in an emergency. But the base commander of the U.S. Naval Station asked the local commander in Cuba to expand the authority to a standing basis.

The Cuban government agreed, administration officials said, and flights were set to begin from Guantanamo Bay to Miami as soon as they were ready to transport patients.
Posted by Andrew Lubin at 8:13 AM