Well Said by the WSJ 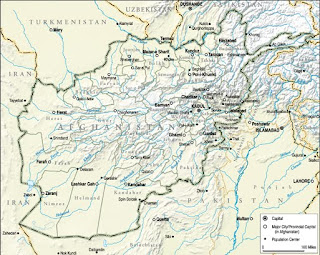 The skill, courage and discipline of the U.S. military is on display once again, as 15,000 American and allied troops are battling to clear the Taliban from the Afghan city of Marjah in what must be one of most advertised offensives in modern military history.

The advertising is part of the new NATO counterinsurgency strategy, whose goal is to win over the population as much as it is to kill terrorists. The more Taliban who flee in advance, the better. Even if some escape to fight another day, the larger U.S. and NATO goal is to re-establish Afghan government control over the city of 80,000 in the country's south.

The Marjah offensive is the start of months of operations designed to push the Taliban out of Helmand and Kandahar provinces. The military clearing will only succeed if the Afghan government can follow it with hold and build operations that maintain the loyalty of the population. But the military operation is crucial to showing the Afghan people that Taliban rule isn't inevitable and they can take the risk of cooperating with the Kabul government.


The offensive seems to be going very well so far, thanks to careful planning and the remarkable discipline of allied soldiers. Our troops would crush the enemy in any frontal engagement, but they rarely get that chance. Instead, they must disarm IEDs, dodge booby-traps and fend off suicide bombers while under constant threat of sniper fire from terrorists hiding among civilians. The troops can't return fire indiscriminately because that runs the risk of alienating the civilians we hope to win over.

It is dangerous duty, and the relatively few casualties so far are a tribute to the training and leadership of the Sixth Marines. One errant rocket volley killed a dozen civilians on Sunday, but the bigger story is the rarity of that incident despite the scale of the NATO-Afghan operation. We only wish the rest of the U.S. government operated half as well. As the rest of us enjoy watching the winter Olympics from the comfort of our living rooms, spare a thought for the Marines and special forces risking their lives on our behalf.
Posted by Andrew Lubin at 8:30 AM