Time to Re-Think the Drone Wars? 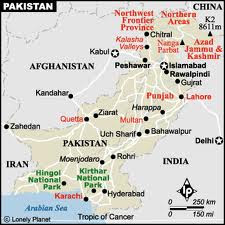 Time to Re-Think the Drone Wars?
by Ali Chishti

Karachi. It's no secret that drone strikes have become a hot-button issue in Pakistan. The Pakistani security establishment has publically distanced itself from the CIA drone program while allegedly supporting it quietly. Pakistani military officials have called the drone attacks in its federally administered area “against humanity” at the same time they openly ask the United States for joint control of drone operations and a transfer of drone technology.

According to Wikileaks there have been a total of 233 drone strikes since 2004 that have resulted in 228 deaths in this "drone war." Pakistan's Prime Minister Yousaf Raza Gillani appreciates the security value of the CIA drone program but spoke against it in the parliament. Only recently a top commander of the Pakistani Army stationed at forward lines fighting the Pakistani Taliban (TTP) and al-Qaeda told local journalists that he supported the drone program. For its part, the (TTP) -- which has forged a close alliance with al-Qaeda and is emerging as the biggest national security threat to the United States -- publically acknowledged sending out a Jordanian suicide bomber who killed 14 members of CIA working at a drone command and control station in Afghanistan?

There's no denying drone attacks have had an effect. In June 2004 the first drone attack killed Nek Muhammad Wazir in Wana, South Waziristan. The next attack came almost a year later, in May 2005, killing Haitham al-Yemeni -a top al-Qaeda member in North Waziristan. Since that time drones have killed bad guys from Baitullah Mesud -- Pakistan's public enemy number one -- to Atiyah Abd al-Rahman. Drones have killed more enemies of both the United States and Pakistan than ground offensives or any other strategy attempted since 9-11. And one former general in the Pakistani army estimates that "thousands" of casualties would have resulted had forces tried to get the same result fighting on the ground.

So what do the Pakistanis really want?

Direct US military aid to Pakistan has been approximately $4 billion from fiscal years 2002 to 2010 while security assistance support had been $462 million in FY2008, $884 million in FY 2009 and $1,114 million in fiscal year 2010. (This doesn't include CSF reimbursements since coalition support program is not technically an aide program. CSF reimbursements to Pakistan from the United States have been approximately $8.88 billion since 2001.

The counter-argument on drone attacks is that they fuel more terrorism than they prevent. Understandably there's a backlash as a result of drone attacks in Pakistan but the fault for that lies with Pakistan as much as any other country. The government's ill-conceived policies that provided safe havens to mercenaries around the world in the 80s and 90s along with the deals carried forward from the regime of General Pervez Mushraff have created a very divided country.

Pakistan needs a clear policy on drone attacks along with an above-board counter terrorism policy that doesn't pick between the good terrorists and bad ones. For its part the United States needs to realize that any policy on drones needs to be carefully worked out with Pakistan before any more strikes happen. As it appears right now, the U.S. seems to be settling for short-term disruptions at the expense of long term solutions. And that acceptance won't eliminate the terror threat to either country.

========
Ali K. Chishti is an investigative journalist and a counterterrorism expert based in Karachi, Pakistan. His book, Jehadi Godzilla and Pakistani Establishment will be released early next year.
Posted by Andrew Lubin at 8:16 AM

I'd like to know how much of the aid we pay Pakistan ends up in the hands of the Afghan Taliban and al-Qaeda. So much, I'd wager, that we're funding all three corners of this war--us, Karzai and his corrupt war and drug lords, and the enemy, through our Pakistan "ally." Charming domestic scene.