Why We Should Get Rid of West Point 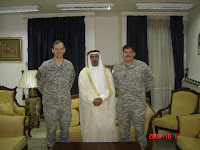 Want to trim the federal budget and improve the military at the same time? Shut down West Point, Annapolis and the Air Force Academy, and use some of the savings to expand ROTC scholarships.

After covering the U.S. military for nearly two decades, I've concluded that graduates of the service academies don't stand out compared to other officers. Yet producing them is more than twice as expensive as taking in graduates of civilian schools ($300,000 per West Point product vs. $130,000 for ROTC student). On top of the economic advantage, I've been told by some commanders that they prefer officers who come out of ROTC programs, because they tend to be better educated and less cynical about the military.

This is no knock on the academies' graduates. They are crackerjack smart and dedicated to national service. They remind me of the best of the Ivy League, but too often they're getting community-college educations. Although West Point's history and social science departments provided much intellectual firepower in rethinking the U.S. approach to Iraq, most of West Point's faculty lacks doctorates. Why not send young people to more rigorous institutions on full scholarships, and then, upon graduation, give them a military education at a short-term military school? Not only do ROTC graduates make fine officers -- three of the last six chairmen of the Joint Chiefs of Staff reached the military that way -- they also would be educated alongside future doctors, judges, teachers, executives, mayors and members of Congress. That would be good for both the military and the society it protects.

We should also consider closing the services' war colleges, where colonels supposedly learn strategic thinking. These institutions strike me as second-rate. If we want to open the minds of rising officers and prepare them for top command, we should send them to civilian schools where their assumptions will be challenged, and where they will interact with diplomats and executives, not to a service institution where they can reinforce their biases while getting in afternoon golf games. Just ask David Petraeus, a Princeton PhD.


Thomas E. Ricks is a senior fellow at the Center for a New American Security and author of "The Gamble," about the Iraq war from 2006 to 2008.
Posted by Andrew Lubin at 1:25 PM