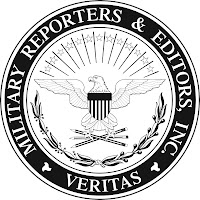 Asserting that Stars and Stripes “refused to highlight” good news in Iraq that the U.S. military wanted to emphasize, Army officials have barred a Stripes reporter from embedding with a unit of the 1st Cavalry Division that is attempting to secure the violent city of Mosul.

Officials said Stripes reporter Heath Druzin, who covered operations of the division’s 3rd Heavy Brigade Combat Team in February and March, would not be permitted to rejoin the unit for another reporting tour because, among other things, he wrote in a March 8 story that many Iraqi residents of Mosul would like the American soldiers to leave and hand over security tasks to Iraqi forces.

“Despite the opportunity to visit areas of the city where Iraqi Army leaders, soldiers, national police and Iraqi police displayed commitment to partnership, Mr. Druzin refused to highlight any of this news,” Major Ramona Bellard, a public affairs officer, wrote in denying Druzin’s embed request.

Bellard also alleged that Druzin used quotes out of context, “behaved unprofessionally” and persisted in asking Army officials for permission to use a computer to file a story during a communications-blackout period.

Additionally, Col. Gary Volesky, the 3rd Brigade’s commander, asserted that Druzin “would not answer questions about stories he was writing.”

Terry Leonard, editorial director of Stars and Stripes, said Druzin’s reporting in Mosul had been consistently accurate and fair and he denied all of the Army’s allegations. Leonard noted, for example, that reporters are not required to answer a commander’s questions about their plans for future stories.

He said the newspaper had spent more than three weeks appealing Druzin’s banishment to senior commanders in Iraq as well as public affairs officials at the Pentagon, but had been repeatedly rebuffed.

Instead, Army officials offered to allow a different Stripes reporter to embed with the 3rd Brigade, or in the alternative, to allow Druzin to embed with a different Army unit in the northern Iraqi city of Kirkuk. Leonard rejected those offers on the grounds that the military has no right to try to deflect coverage away from Mosul or choose which Stripes reporters will be allowed to cover its operations.

“To deny Mr. Druzin an embed under the reasons stated by Maj. Bellard is a direct challenge to the editorial independence of this newspaper,” Leonard wrote in his appeal. “That independence is mandated by Congress. The denial of the embed constitutes an attempt at censorship and it is also an illegal prior restraint under federal law. … The military cannot tell us what stories to write or not write.”

Leonard also noted that, although Stars and Stripes receives some federal funding through the Defense Department to offset the extraordinary costs of distributing the newspaper to U.S. troops in war zones, the newspaper’s reporting is not subject to Pentagon authority.

The Army’s denial of Druzin’s embed request appears to violate the Pentagon’s established ground rules regarding embedded reporters, which state: “These ground rules recognize the inherent right of the media to cover combat operations and are in no way intended to prevent release of embarrassing, negative or derogatory information.”

Among its specific complaints against Druzin, the Army alleged:

That Druzin used a quote from Volesky about improving the capabilities of the Iraqi police “out of context in an unrelated article weeks later.” Leonard said the quote was entirely relevant to the story and that Stars and Stripes, like any newspaper, reserves the right to use quotes and information in multiple stories that may appear after the interview occurred.

That Druzin attended a brigade memorial service for four U.S. soldiers killed in a Feb. 9 car bomb attack and then insisted on publishing the names of the dead soldiers before their families had been notified and their identities had been officially released by the Pentagon. In fact, Leonard said, Druzin had been invited by Bellard to attend the memorial service and the newspaper, following its normal policy, did not publish the names of the dead until they had been announced by the Pentagon.

Leonard said the newspaper would not tolerate the Army’s attempts to control it.

“Under the embed rules and the congressional mandate of editorial independence for this newspaper, it does not fall under the authority or competence of the command to decide if we do a story, what story we do, or what angle we take in writing the story,” Leonard wrote in his appeal.

Maybe you should link to the original article?