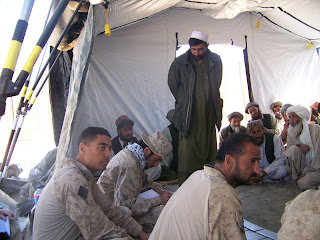 Imagine a time when government work was exciting, widely admired and much sought-after.

It seems an outlandish thought at a moment when you cannot turn on your television without hearing government spoken of as almost an alien creature. It is cast as far removed from the lives of average Americans and more likely to destroy the achievements of private citizens than to accomplish anything worthwhile.

True, we don't apply our anti-government sentiments to at least one group of Americans who draw government paychecks: our men and women in uniform. All the polls show they are, deservedly, held in high esteem. But civilians who do the daily work of government are more likely to be referred to as "bureaucrats," "timeservers," and various unprintable names than as public servants.

This has not always been the American way. There were important eras in our history when citizens in large numbers were drawn to government service with a sense of mission and exhilaration. The New Deal was certainly such a time, as were the days of the New Frontier and (though it is unjustly derided now) the Great Society.

They came in part -- take note, President Obama -- because they were inspired by leaders who made it a point to call them into government. Caroline Kennedy has said that when she was growing up, "hardly a day went by when someone didn't come up to us and say: 'Your father changed my life. I went into public service because he asked me.' "

But inspiration is not enough. The military, after all, does not rely solely on patriotic feelings to build its force, and neither should the civilian parts of government. One of the most powerful incentives the military has is the Reserve Officers' Training Corps, which offers assistance to those seeking higher education. It's time for a civilian ROTC.

That's the idea of a bipartisan group of senators and House members, who are proposing to create a Roosevelt Scholars program, named after Teddy Roosevelt. Reps. David Price (D-N.C.) and Mike Castle (R-Del.) have introduced a bill in the House, and a similar measure is expected in the Senate this week from Sens. Kirsten Gillibrand (D-N.Y.) and George Voinovich (R-Ohio).

Although there is sentiment to include undergraduates in the program, the House bill is aimed at graduate students because the federal government has a special demand for highly qualified employees who are otherwise attracted (and heavily recruited) by the private sector. In exchange for generous scholarships in fields such as engineering, information technology, foreign languages and public health, the scholars would commit to three to five years of service in an agency of the federal government.

"With the aging of the boomers and those who responded to Kennedy's call to service, we need to replenish the government workforce," says Max Stier, president and chief executive of the Partnership for Public Service.

Stier, a one-man evangelizing squad on behalf of government service, notes that the government must fill 273,000 "mission-critical" positions in the next three years. This will require vast improvements in the way government recruits and a new willingness on its part to invest in its workforce.

The military, Stier says, gets roughly 40 percent of its officer corps through the ROTC. It makes sense to undertake a comparable investment in the civil service.

In the small and underappreciated world of those who care passionately about improving government's performance and prestige, there are competing visions of how to achieve this. One group of activists and legislators has been pushing to create a public service academy, modeled after the military academies, to prepare a new generation of leaders in government.

It's a good idea and would send another powerful signal that government work is and should be valued. But with the extraordinary constraints on the federal budget, the prospects of the large investment that would be required to build a new institution are not exactly rosy. A civilian ROTC would be a good first step. The Roosevelt program would have the benefit of drawing on the entire higher education system's capacity to produce specialists.

The Roosevelt program could also be an antidote to two debilitating trends in our politics. It would push back against the tendency of politicians to deride government (an odd habit, since politicians are themselves engaged in government service). And it might open the way for a bipartisan achievement at a time when such endeavors are in very short supply.