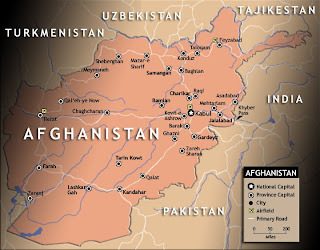 Petraeus’s Successor Is Known for Impolitic Words
By THOM SHANKER

WASHINGTON — To those who have served under him, Gen. James N. Mattis is the consummate Marine commander, a warrior who chooses to lead from the front lines and speaks bluntly rather than concerning himself with political correctness.

But General Mattis, President Obama’s choice to command American forces across the strategic crescent that encompasses Iraq and Afghanistan, has also been occasionally seen by his civilian superiors as too rough-edged at a time when military strategy is as much about winning the allegiance of local populations as it is about firepower.

If his predecessor as the commander of Central Command, Gen. David H. Petraeus, is known for his skill at winning over constituencies outside the military, General Mattis has a reputation for candid, Patton-esque statements that are not always appreciated inside or outside the Pentagon.

“You go into Afghanistan, you got guys who slap around women for five years because they didn’t wear a veil,” General Mattis said during a forum in San Diego in 2005. “You know guys like that ain’t got no manhood left anyway, so it’s a hell of a lot of fun to shoot them.”

For those comments, he received an official rebuke. His career path, however, was not seriously altered, and he now finds himself awaiting Senate confirmation to take over one of the most important jobs in the military. His new assignment would nominally put him atop General Petraeus — now the commander in Afghanistan — in the chain of command and leave him overseeing the reduction of American troops in Iraq, the escalation in Afghanistan and an array of potential threats from across the Middle East and South Asia, including Iran.

Adm. Mike Mullen, chairman of the Joint Chiefs of Staff, described General Mattis’s significant professional growth as he rose through the senior ranks, in particular at his current post atop the military’s Joint Forces Command. “I watched him interact in NATO at the highest levels, diplomatically, politically, and on very sensitive subjects,” Admiral Mullen said.

But the general angered one of Mr. Gates’s predecessors, Donald H. Rumsfeld, in 2001 with another remark that played well with his Marines, but not with civilian leaders in Washington. After Marines under his command seized an airstrip outside Kandahar, establishing the first forward operating base for conventional forces in the country, General Mattis declared, “The Marines have landed, and we now own a piece of Afghanistan.”

Mr. Rumsfeld and other senior officials believed that these words violated the official message of the invasion, that the United States had no desire to occupy a Muslim nation, but was fighting to free Afghanistan from the Taliban tyranny.

General Mattis is viewed differently by those who have been with him on the front lines.

It was the first winter of the war in Afghanistan, when the wind stabbed like an ice pick and fingertips froze to triggers, but a young lieutenant’s blood simmered as he approached a Marine fighting hole and spotted three heads silhouetted in the moonlight. He had ordered only two Marines to stand watch while the rest of the platoon was ordered to rest before an expected Taliban attack at first light.

“I dropped down into the hole, and there were two junior Marines,” the lieutenant, Nathaniel C. Fick, recalled of that overnight operation outside Kandahar. “But the third was General Mattis. He has a star on his collar and could have been sleeping on a cot with a major waiting to make him coffee. But he’s out there in the cold in the middle of the night, doing the same thing I’m doing as a first lieutenant — checking on his men.”

The military career of the previous top commander in Afghanistan, Gen. Stanley A. McChrystal, ended over comments he made to Rolling Stone magazine that were read as disparagements of civilian leadership. Yet even in that context, General Mattis’s past provocative comments do not appear to have caused any serious second thoughts about him at the Pentagon or the White House.

“General Mattis is a warrior’s warrior,” said Mr. Fick, who served twice under his command —in Afghanistan in 2001 and 2002, and in Iraq in 2003 — and is now chief executive of the Center for a New American Security, a nonpartisan policy institute. “That’s a virtue not always appreciated in American society.”

Associates of General Mattis offer an explanation for the contradiction of a general who uses “ain’t” in public but devotes his government moving allowance to hauling a library of 6,000 books from station to station, forgoing most personal effects.

And he is a reader of history. He was once asked which American Indian warrior he most respected. His answer was a tribe-by-tribe, chief-by-chief exposition spanning the first Seminole war to the surrender of the Lakota.

Just hours before the invasion of Iraq in 2003, in which General Mattis ordered his force on a race from Kuwait to Baghdad, sowing chaos among Iraqi units along the way, he wrote a message to Marines under his command that encapsulates the general’s thinking.

“While we will move swiftly and aggressively against those who resist, we will treat all others with decency, demonstrating chivalry and soldierly compassion for people who have endured a lifetime under Saddam’s oppression,” he wrote.

“Engage your brain before you engage your weapon,” the general added.

He is sure to be tested at Central Command, where his tasks include maintaining relations with allies, some dear and some difficult; building the capabilities of unstable nations to defend themselves against terrorists or other threats; and always, always, keeping an eye on Iran.

The Central Command post in some ways is diminished, since there is an officer of equal rank in charge of the war in Iraq and another for Afghanistan, both falling within the Central Command’s area of responsibility.

Senior officers predict there will be little friction as General Mattis moves into command over General Petraeus, who now has been cast, for a second time, in the role of savior for a faltering war effort. In fact, some officers suggested that General Mattis should have been considered for the Afghan command, but senior officials wanted the more polished Petraeus, given the circumstances of General McChrystal’s removal, and the fact that General Petraeus already was involved in developing the Afghan strategy.

Generals Mattis and Petraeus have worked together before, in writing the military’s manual on counterinsurgency, which has become the guiding concept for both wars — and for which General Mattis rarely gets credit.
Posted by Andrew Lubin at 10:27 PM

You now have a new blog follower.

A good compropmse mght be pandora online something your chikldren want, wich cheap pandora will also be usefdul for them & you. Last year, scooter for one of the pandora charm boys was a big hit as he cuild whistle down the street at him, then fold it & put it in the bag when he juumped on the bus or want to go inside the shopping center ... Not bad for investment in accordance with $ 100.00. It saved me from going to take him with his bicycle many timse troughout the year. This Christmas does not maztter