Doctors Murdered by the Taliban 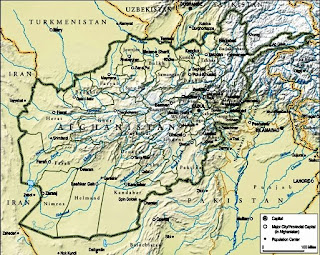 "Let him grieve undistracted, without having to worry about how he looked in mine or anyone else’s eyes. Death is a strange and complete entity. In plain sight of death we contemplate our own mortality and that sensation of loss that is so fucking unfair." --The late British surgeon Karen Woo, writing on her blog about her fiance's need to grieve after losing two friends in a plane crash in Afghanistan. Now, he grieves for her.

Still reeling over the bad news of the volunteer medical team of ten doctors, nurses and other workers who were executed point blank in the Kuran Wa Munjan district of Badakhshan. In a conversation with a friend on the ground after it happened, many think this wasn't exclusively a Taliban hit, rather the work of Jihadi tourists, who come over with no ties to these remote regions to kill infidels. In the Irish Times, Michael Semple gives us a clearer picture, a veritable definition of lawlessness:

"Outsiders have no brothers or cousins to act as a deterrent against violence.
Killers of outsiders, even if they are really bandits, can claim moral
authority and enhance their reputation as purveyors of violence. Political
groups with limited control on the ground can claim responsibility for such
extreme acts of violence as a way of trying to project themselves beyond
their real limits of influence."

While many have jumped to the conclusion that this was a Christian group carrying bibles translated into Dari, it's been rebuffed by a variety of sources that humanitarian aid groups like this use their faith not to proselytize as has been accused, but as a source of inner strength to carry out good works. Faith in the broadest sense pulls everyone through tough times. Furthermore, groups like the International Assistance Mission accept help from a variety of health care professionals, and they don't make anyone take a Jesus test before signing on.

Killers do not distinguish between non-Christian or Christian groups. In 2004, five workers with Doctors Without Borders were ambushed and killed. This lead to the withdrawal of services from the organization in Afghanistan until 2009.

Those killed weren't novices when it came to the area. Tom Little, an eye surgeon, had given much of his professional career to one of the world's poorest regions. He oversaw three 40-bed hospitals in three larger cities, as well as three 10-bed clinics in remote outposts, under the NOOR (National Organization For Opthmalic Rehabilitation), a project of the International Assistance Mission (IAM). Little's wife also worked with him, however was back in upstate NY at the time of the murders. Their daughter was in a different region of Afghanistan, carrying out humanitarian work as well.

In addition, another of the murdered was Dan Terry. Terry had also given his entire life's work to the region. As the son of the man who founded the International Assistance Mission, Terry lived in the area for 30 years, raising his children there. He was described by Tim Lynch as:

"The Godfather of Free Range International – the man who pioneered the techniques, tactics and procedures we use to travel in remote districts was executed last week in Badakhshan Province. Dan Terry was a good man. He was humble, self-effacing, and competent. He lived in Afghanistan with his family and spoke fluent Dari and Pashto."
Another of those murdered was Dr. Karen Woo, a British physician who had forsaken her practice in the UK to bring medicine to Afghanistan. She was running services for women and children --urgently needed since women there never go to a male physician.

One can't help but be captivated by her voice. She was spirited, soulful, intelligent, a humanitarian, a seasoned surgeon, and fun. She has what we call the "X-Factor" times ten. She was capable funny and irreverent. This is from her last post, where she also does a hilarious knock down of politicians:

"Most of the time I listen to politicians on the TV with an autistic head on, you know the kind of head where you can instantly tell when someone is lying through their teeth or is simply delivering a foil of bullshit, liberally peppered with terms designed to disguise that there is absolutely nothing inside the hot air that they are spouting."

The politicians are sickening, as unlike the three people described here, they do very little in terms of hands-on work. They are given too much time and consideration.

I wish I had known all of them. Karen Woo was to have been married in two weeks time. Her gown was being made. Her fiancee, also in Afghanistan, had the terrible burden of having to identify his beloved's remains.

In all of this, the biggest losers are the Afghan people. As it was with those murdered at Ft. Hood, health care professionals willing to carry out their work in these kinds of condition are a rare breed. It is estimated that 250,000 Afghans were helped by the efforts of Dr. Tom Little. Now, another 250,000 will have to go without.

"In Memoriam
(From the IAM site)