Karzai To Attempt a Reconciliation Plan 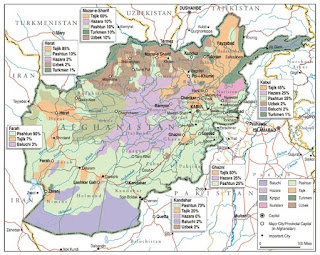 KABUL, Afghanistan — The Afghan government will soon unveil a major new plan offering jobs, security, education and other social benefits to Taliban followers who defect, according to the spokesman for President Hamid Karzai.

The plan, in the final stages of preparation, will go beyond the government’s previous offers to the Taliban, Waheed Omer, the spokesman, said at a news conference on Sunday. “The mistakes we have committed before have been considered in developing this new plan,” he said. “We have not done enough.”

The reconciliation and reintegration plan is aimed at luring large numbers of the Taliban’s followers, estimated by NATO officials at 25,000 to 30,000 active fighters, to change sides, and has qualified support from American officials. Afghan officials are hoping to finance the plan through pledges from the international community to be made at a London conference on Afghanistan planned for Jan. 28.

Even if such a plan wins international support, serious questions remain about Afghanistan’s ability to carry it out, especially without a functioning national government, a prospect that remained distant on Sunday.

Parliament turned down more than half of Mr. Karzai’s second list of nominees for cabinet ministers on Saturday. On Sunday, Mr. Omer said it was unlikely that Mr. Karzai would be able to complete his cabinet before the London conference, leaving important ministries leaderless.

Richard C. Holbrooke, the American special envoy to Afghanistan and Pakistan, said that he had discussed the plan with Mr. Karzai and that it was better than previous efforts, adding, “Can’t be worse.”

Mr. Karzai has previously promised amnesty to Taliban fighters willing to lay down their weapons and has offered repeatedly to talk directly with the Taliban leader Mullah Omar, but with little effect.

A relatively small number of Taliban have defected; some 170 came over to the government in late 2009, according to the United Nations.

Chief among the new measures, Mr. Omer said, were strong security guarantees to defecting Taliban that they would be protected from arrest or retaliation. He did not detail what those measures would be, but many defecting Taliban in the past have asked to be integrated into local police forces.

Mr. Omer also indirectly confirmed that the Afghan government might ask that Mullah Omar be removed from the United Nations terrorist blacklist, which freezes the bank accounts of those listed and bans them from international travel.

A private Afghan TV channel, Tolo TV, quoted Mr. Omer as saying that Mullah Omar’s name would “probably” be considered for removal from the blacklist. But on Sunday, Mr. Omer said that it was premature to talk about such details and that the blacklist would not be discussed in London.

American officials have been skeptical about engaging with Taliban leaders who may have close associations with Al Qaeda, and Mr. Holbrooke directly ruled out removing Mullah Omar’s name from the blacklist. “I can’t imagine what would justify such an action,” he said at a media gathering on Sunday.

Although the full details of the government’s plan are not yet clear, some experts have put the cost of carrying it out at $1 billion, mainly for jobs and education programs aimed at reintegrating former guerrillas.

A top adviser to Mr. Karzai, Mohammed Masoom Stanekzai, who helped draft the plan, suggested that number was on target. “If we can spend billions of dollars on military operations and security,” he said in a telephone interview on Sunday, “I think it is worth spending a billion dollars to build peace.”

He cautioned that any plan would have to take into account joblessness among Afghans who had not joined the Taliban, so they would not feel that insurgents were unfairly rewarded while their own loyalty was not.

Mr. Stanekzai did not rule out the possibility of talking with Mr. Omar. “What we need is a top-down and bottom-up approach,” he said.

The presence of some Taliban leaders on the United Nations blacklist was a negative “psychological force” preventing reconciliation talks, he said.

“The people in Afghanistan are tired of fighting and war, and there is a new political will in the region and also in the international community to reconcile with those who are not linked with Al Qaeda,” he said. He said that Mr. Karzai would announce details of the plan in “a couple more days.”

Mr. Holbrooke said he was encouraged by what he called “unambiguous national support for reintegration” of the Taliban’s followers.

“This is not going to end by killing everyone who fights with the Taliban,” Mr. Holbrooke said. What was lacking previously, he said, was “a vehicle for them to come in from the cold.” Without that, he said, “you give people no choice but to kill or be killed.”

The NATO force’s top spokesman, Rear Adm. Gregory J. Smith of the United States Navy, did not lay out the details of a separate plan, but said Saturday, “We are working closely with the government of Afghanistan as they develop their program.”

Admiral Smith said the program appeared to be “one of the means to resolve the ongoing insurgency.” He said coalition troops would not be involved in reconciliation efforts such as talks with Taliban leaders, “although we would support the government of Afghanistan’s efforts in this area.”

Mr. Omer’s remarks suggested that the government had a softer line than the Americans on talking to Taliban leaders. “We are ready to negotiate with anyone,” he said. “Whoever comes over is welcome.”

A spokesman for the Taliban in southern Afghanistan, Qari Yousuf Ahmadi, ruled out any possibility of negotiations with Mr. Karzai’s government. “We are united and we will remain united against them,” Mr. Ahmadi said in a telephone interview. “There is no differentiation between Taliban moderates and extremists. We are fighting under one name, Taliban, under one leadership.”
Posted by Andrew Lubin at 8:18 AM